Mon Oncle is Jaques Tati’s direct “satire against the mania for mechanization that threatens those easygoing old ways of life” (Kemp). This film is a beautiful, sweet stroll through the comedy that can ensue when examining the inherent irony of quality of life balanced between the sleek and the wholesome. When Monsieur Hulot (played by Tati himself in his perennial career role) is assisted in finding a job by his brother-in-law, hilarity ensues as the contrast between the modern and the old, the expensive and the cheap, and the rewarding and the shallow all come to light. Hulot stumbles through every mechanization intended to make life easier, from actual machines to the lame interpersonal relationships that his sister and her husband live for.

Tati’s vision is an absolutely whimsical, beautiful spectacle that is as fun to watch as it is funny. Certainly another surprise film that I had no knowledge of prior to watching it, Mon Oncle was quick to move to the top of the list of a quirky and fun film that came out of nowhere to make me smile and enjoy the art of truly fine filmmaking. 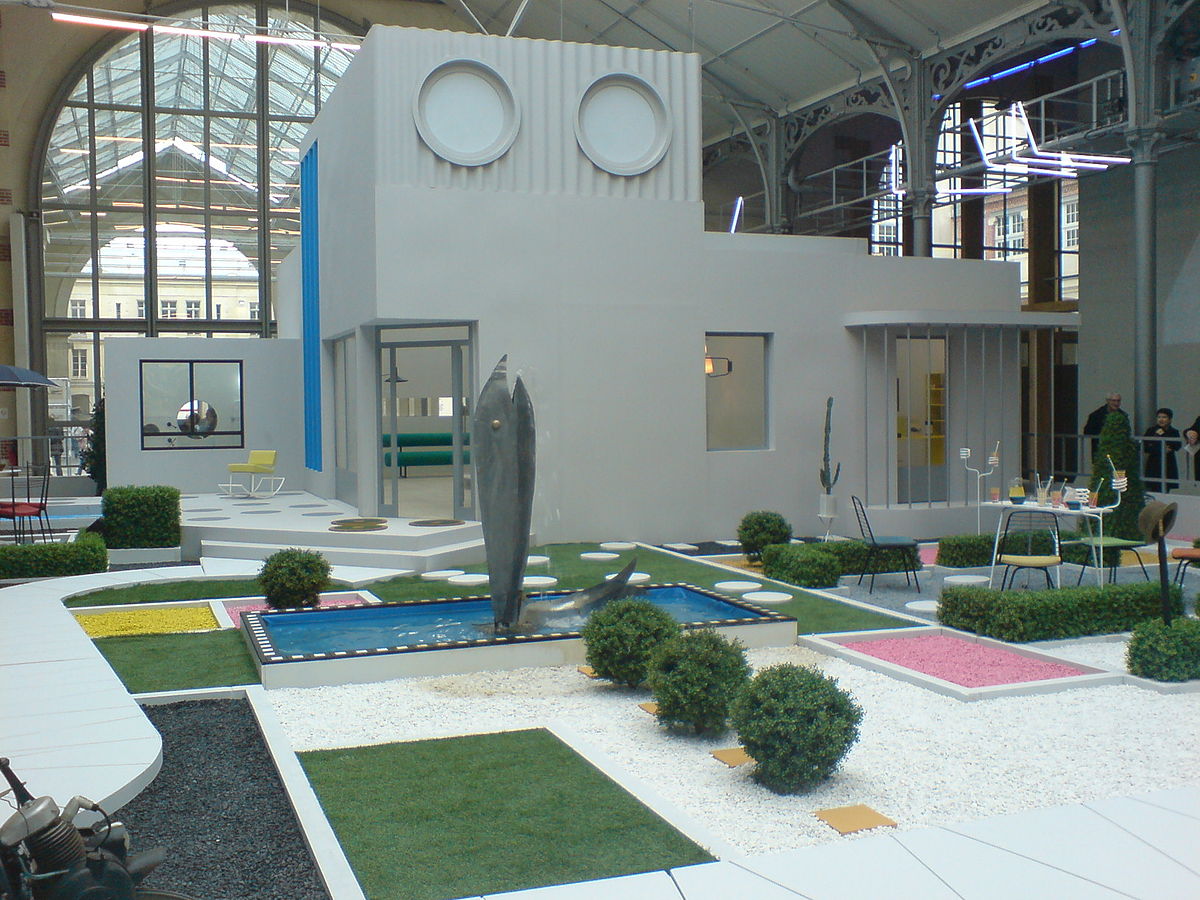 This film pressed all of my quirky buttons. I loved it and laughed out loud during so many moments that I thought I was delirious by the end. It is truly a gorgeous work of art, and Tati’s command of comedy and timing is in full effect. What I found most interesting was the use of color and silence vs. sound. The subtle use of and recognizing the power of both (and if I am not mistaken, this was Tati’s first use of color) is truly an impressive feat. From the most sophisticated moments to the silliest gags, Tati’s direction in his use of color and the contrast of mechanized sound effects and silence was timed in such a way that in anyone else’s hands the execution might be boring… This film remained engaging, hilarious, and touching in its entirety. A beautiful, subtle comedic masterpiece.

I watched Mon Oncle on Criterion (#111), whose special features included an excellent rundown of Tati’s career along with some shorts where Tati performs as an early Hulot.

Even though I’d much rather live in the busted up, rickety section of Hulot’s Paris, I look forward to the opportunity to visit the Villa Arpel replica at the Cent Quatre in Paris someday soon…

I am a writer, and teacher of writing and literature. MA, MFA. I enjoy cycling, gardening, playing music, and books. View all posts by Garrett Zecker